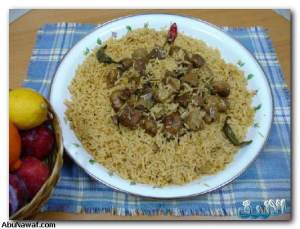 One of my new favorite places to hang out in Murray is Fidalgo Bay, a local coffee shop. Most of the places that serve coffee close at 2pm, except for the gas station. The gas station does not have wireless, or iced mochas, or places to sit outside and people watch. Fidalgo Bay has all of these attributes and more.
The staff is very friendly, too, which can be a bad thing because once I get talking I sort of lose sense that these people actually have jobs to do. How dare those drive through customers interrupt my conversation! To make do, I will strike up a conversation with however happens to be sitting nearby, unless the book I have on hand appears more interesting, then I will read my book.
On one occasion a few weeks ago, rather than read, I noticed two dark complected, dark haired fellows sitting outside chatting at the patio tables. Feeling little shame, I interrupted their conversation to discover from which country they hailed. My suspicions were confirmed when the guessing game they put me through culminated with the revelation of Saudi Arabia.
Over the next few weeks, I talked more with Sammy (Sulaiwe) and also met Sam (Suleiman), Nawaf, Mohammad I & II, Ahmed, Hamad, Nabil, Seid, and Essa. All friendly and very curious about American culture, and very interested in discussing Saudi / Arab culture, though Seid is from the United Arab Emirates (UAE/Dubai).
Last Friday, I was treated to a traditional Arab dinner of Al-Kabsa (kapsa), a mixture of spicy rice with chicken. Mohammad, our chef for the evening, prepared two enormous platters of food. Sitting on the floor, with plastic sheets underneath us to catch our mess, we ate with our hands (right-hands only; remember, the left is the “unclean” hand). Scooping some chicken & rice mixture and swirling it into a small plate of onions, peppers, and tomatoes, and rolling the combined ingrediants into a ball, the concoction was shoveled somewhat ungraciously into the mouth. Great stuff!
To whet our appetites before hand, we ate dates, drank Arab coffee and sage tea, and date cookies (mamoul?). Also, great stuff!
Conversation ran the gamut. American movies (favorite actors were Tom Hanks and Mel Gibson), action movies (they had seen the new Star Trek and Terminator movies) are popular among the students. They were curious as to what religion had to do with geography, providing me an opportunity to give a brief discussion on what I discuss in class relating to Islam. Some were interested in American dating rituals, gift-giving, marriages, divorce, pre-nuptual agreements. Apparently, offering a Saudi girl a few nice gifts is a way to get a girlfriend. Not so here, I had to explain. Do that here and you are just as likely to lose the gifts and not receive any “attention.” In Saudi, girls like for you to put minutes on their cell phones as a gift. Don’t buy American girls gifts until you are sure they want to be a girlfriend. Then, it is okay. Or, unless you just want to, as a gesture of good will. A few girls I have talked to have been given expensive gifts, and there is some discussion among the Saudi students that these girls are now off-limits due to them being so-and-so’s girlfriend.
Being complementary, giving compliments to someone from another culture does bring a level of uncertainty. For example, I once complimented the ring of an Indian student. He then felt compelled to give it to me, as this was the practice at home. Without wanting to offend him, I had to explain that in America this is not the practice and that it would make me feel much better that he should keep his ring. We had to haggle over this for several minutes, though. I felt somewhat embarrassed but I learned a lesson. Be careful what you say, be careful what you accept, and ask questions as you may not be aware of what you are getting yourself involved in.
Take a gift from someone and you may be married!