You probably have never heard of Julius Rosenwald. Even if you grew up in Chicago the name, “Julius Rosenwald,” may not mean a thing, may ring no memory bells. However, if you have ever visited the Museum of Science and Industry in Chicago you have him to thank. He was one of the important benefactors who helped create the museum. Maybe he rings a bell, now.

Perhaps you’ve heard of Sears, and when I was young, I was more familiar with “Sears, Roebuck, and Company.” Driving into downtown Kansas City, Missouri one passed a giant warehouse facility with “Sears, Roebuck, and Co.” in enormous letters painted near the roof line and visible for what seemed to me to miles. For some unclear reason I always admired that building. Julius Rosenwald fell into the “Company” portion of “Sears, Roebuck, and Company,” being part-owner of the retail giant from 1895 to 1903. In 1903, due to failing health of Roebuck, Rosenwald and Sears bought Roebuck’s remaining shares of the company. Rosenwald soon after became the company’s president, turning the company around, and setting the stage for Sears to become one of the world’s largest retail chains.

Rosenwald was a philanthropist and used the wealth amassed over his life to assist groups throughout not only Chicago but across the United States, in particular the American South, with a specific focus on the plight of African-Americans in the South. Rosenwald was not alone in his concern, nor did his concern arise from his own recognition of the social conditions prevalent in the Deep South. Paul J. Sachs was the primary driver of Rosenwald’s education in the analysis of social issues both in Chicago and especially in the Black community of the South. You should recognize the surname “Sachs;” the name features prominently in today’s financial world: Goldman Sachs, a world-leading investment management company. Given the animus directed at Wall Street over the last few years discovering Sachs and Rosenwald were actually important philanthropists might come across as a little incongruous.

I also belong to a race that suffers and has suffered for centuries…You would also probably be surprised to know that there are clubs…,in the city of Chicago, representing what you might call the best type of citizenship…that would not admit a Jew.” (75)

From the same work:

I could not help but think why on earth do people want to spend their time and money on Africans, eight thousand miles away, when we have millions of that race who are our citizens, who are anxious to learn, and I have no doubt would be glad to take advantage of any missionary work which might be available…and that the time and money would, in my mind, bring far greater results…to our own citizens, both black and white. (76)

Interesting how those themes in 1911 reverberate well into the 21st century. And how many people continue to fight, argue, and out-right oppose progress more than a century after Rosenwald spoke those words. Sad.

How, then, do small schools and Rosenwald connect? 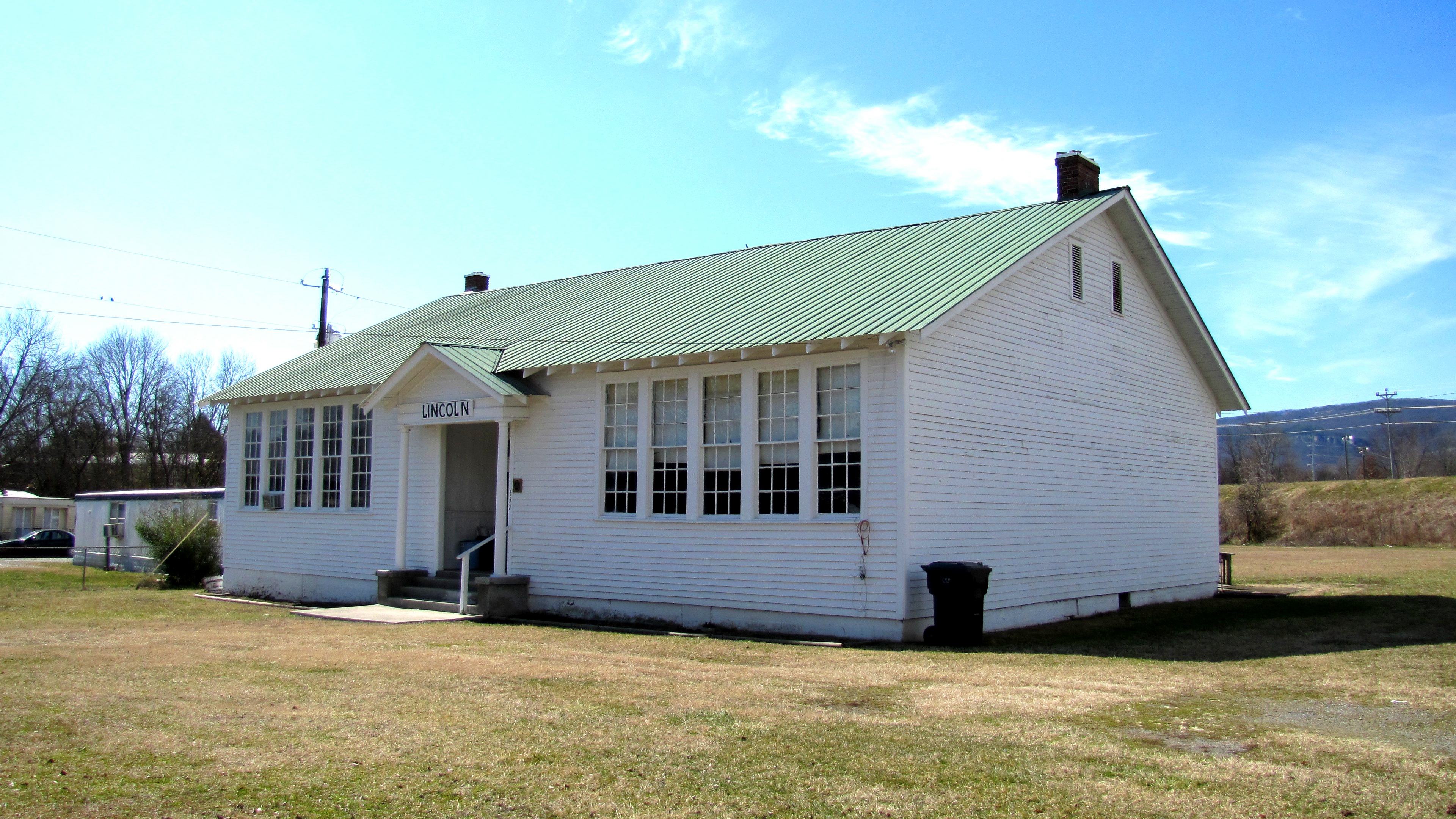 A Rosenwald School in Pikeville, TN

In the South, from Maryland to Oklahoma, over 5,000 one- and two-room school houses were built exclusively for the education of African-Americans. Even in the early 20th century, society leaders recognized Blacks were not being educated the same as Whites and were not reaching the same levels of education. Whites tended to leave school after the 8th grade while Blacks tended to leave school after the 5th grade. The reasons for this 3-year gap in education attainment are way outside the scope of this post. But, the primary issue was to close the education gap, and by closing this gap, create a more educated populace, overall. The person responsible for funding these small school houses was Julius Rosenwald. The African-American community, essentially locked-out of most of the lucrative economic sectors had little access to funding necessary to build their own schools. Rosenwald stepped in and funded out of his own pocket the creation of what would later come to be known as Rosenwald Schools.

These schools became a huge catalyst for change and educational attainment among Southern Blacks. In the inter-war era between World War 1 and World War 2, the educational gap between Blacks and Whites narrowed from 3 years to 1 year. (“‘Rosenwald’ Schools, Built A Century Ago, May Still Have Lessons To Teach; nprED; 10-17-2015)

Dan Aaronson and a team of economists at the Federal Reserve Bank of Chicago collaborated on a study of these schools. Were these schools successful? If so, what elements made them so? Can we draw any lessons from the past and find applicability in today’s educational environment?

Aaronson and fellow researchers gather as much data as they could lay their hands on, Medicare records, military enlistment records, census and social security data. What they discovered was pretty eye-opening.

“First and foremost, they got more education,” says Aaronson. But that’s only the beginning. Students who went to Rosenwald schools had higher IQ scores than kids who didn’t. They made more money later in life. They were more likely to travel to the North as part of the Great Migration. They lived a little bit longer. The women delayed marriage and had fewer kids. And crime rates in the area of the schools went down. (Aaronson; nprED; 10-17-2015)

Clearly, these schools were successful. Attendees of these schools had higher levels of personal growth and achievement. Made more money. Lived longer, had fewer children, and crime rates diminished. Now, what elements contributed to the success of the schools? Aaronson’s interview doesn’t address that question. We can speculate. In fact, I’m going to speculate because this interview satisfies my own confirmation bias about a particular aspect of education I enjoy grousing about: school size and classroom size.

I’m not a big fan of these giant schools which I feel like are nothing much more than well-appointed prisons for small people, paid for by well-meaning parents and people of the community and local school districts who unwittingly are preparing their children for future incarceration. “Get used to these brick walls and regimented schedules, kiddos; you’ll be seeing a lot more of this when you become an adult. However, at that point you’ll get free health care, the food tends to remain about the same.” However, almost every study available in our current age of Humanity demonstrates incontrovertibly cramming hundreds if not thousands of people together in a closed environment is about the worst way to manage people and their behaviors.

I like change; I think change is good. I don’t think change from small neighborhood schools to huge mega-schools is the change U.S. society really needs and most evidence supports my contention. Building modern small schools, with internet/computer labs, biology and manufacturing (industrial education) labs is the change in my opinion that would benefit people and our society, not cramming thousands of children under a single roof.

My proposal consists of a return to much smaller neighborhood schools. Reduce class sizes to some manageable number, like 15 students. Make sure each primary teacher has one teacher assistance or aide. This requirement could be fulfilled by teacher education programs. Teacher education programs typically mandate student-teachers have some number of real contact hours, from 160 to 200 hours depending on the state. Any person thinking they would like to pursue a degree in education should immediately be assigned to a nearby school and assigned a teacher. Assigning a person to an education environment as early as possible will separate the wheat from the chaff, so to speak, helping reduce the number of students who resign from education programs in favor of other majors, while also exposing student-teachers to the complete rigor of the educational environment. No sense waiting 4-1/2 years only to figure out teaching is not something a person really has the backbone for.

My proposal would not require building new facilities. Communities could use renovate abandoned buildings or even use empty retails spaces for classroom space. Meals might actually be healthier given on-site kitchen facilities. Again, using community colleges or local universities as support, feeding children could be a good opportunity for students in Nutrition or Food Management programs to develop food service and management skills while in college.

These local schools would be closer to home, perhaps. Busing kids an hour or so away from their neighborhood I just can’t see as being a good idea. Yes, I understand in some cases, like in Kansas City, Missouri, for instance, an example of desegregation gone amok, busing children to different schools to increase diversity may seem like a good idea. Don’t get me wrong – I want diversity in schools – but, I also want children to be somewhat near their home territory. A school nearby, closer to home, would create a less stressful environment in my opinion.

Smaller classes also have the benefit of reducing a number of other environmental factors. More adult oversight and less competition for attention would lead to less bullying, fewer negative behaviors, and more individual attention. Students could be allowed to help each other, engage in more thoughtful, team-oriented activities, and allow faculty to spend less time on correcting behavior thereby allowing more time to provide better and more robust educational content.

When all of these elements, plus others I have not mentioned and may be ignorant of, are introduced we should anticipate a number of societal improvements, some of which were mentioned in the NPR article. We could anticipate higher test scores, higher levels of overall achievement, higher levels of success later in life, higher incomes, perhaps less crime, and lower birth rates.

I had this thought the other day,

We built the Saturn V rocket and essentially built the Space Age based on education many people received in very small, cozy, and stimulating educational environments. Some of the scientists may have had experience in one- or two-room school houses. Some of them may have been self-taught, to some extent. Yet, somehow we have adopted the idea that these mega-schools which have become so popular are the wave of the future and are examples of success. But, are they? Are they really? Aren’t we really just replicating the penitentiary system with brighter colored walls and mascot-themed hallways?”

Like I said earlier, I’m all for change. I think the change we getting is not the change we need, and we are only now recognizing the Shopping Center/Penitentiary Model of School Design is not the way to go. Smaller schools, like those in other highly-developed countries, can contribute more significantly to our U.S. society. Small schools can make a big difference. PAX